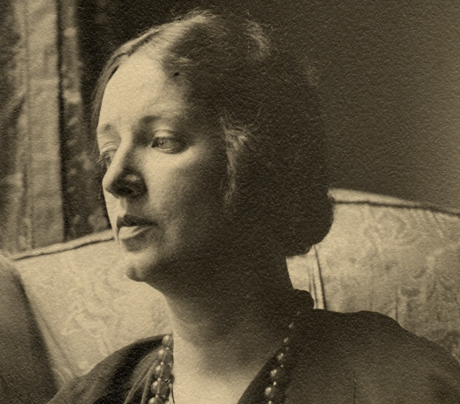 Welcome to the December 2014 spotlight feature for Blue Heron Review! This month we look back on a special, poetic voice from the past. I hope you enjoy the selection of four poems, by Louise Bogan, shared on the Blue Heron Speaks page of this site.

“Louise Bogan was born in Livermore Falls, Maine, on August 11, 1897. She attended Boston Girls’ Latin School and spent one year at Boston University. She married in 1916 and was widowed in 1920. In 1925, she married her second husband, the poet Raymond Holden, whom she divorced in 1937.

Bogan’s ability is unique in its strict adherence to lyrical forms, while maintaining a high emotional pitch: she was preoccupied with exploring the perpetual disparity of heart and mind.

Her poems were published in the New Republic, the Nation, Poetry: A Magazine of Verse, Scribner’s and Atlantic Monthly. For thirty-eight years, she reviewed poetry for The New Yorker.

The majority of her poetry was written in the earlier half of her life when she published Body of This Death (McBride & Company, 1923), Dark Summer (Charles Scribner’s Sons, 1929), and The Sleeping Fury (Charles Scribner’s Sons, 1937). She subsequently published volumes of her collected verse, and The Blue Estuaries: Poems 1923-1968 (Farrar, Straus & Giroux, 1968), an overview of her life’s work in poetry. She died in New York City on February 4, 1970.” (Excerpt from Poets.org)

(The Blue Estuaries by Louise Bogan) 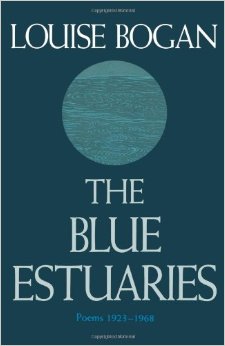